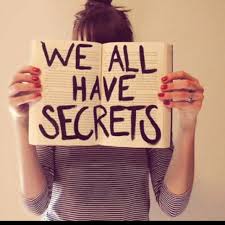 As 2014 comes to a close, I couldn’t help but think what I want to change in 2015.  It all comes down to the stuff I’m “addicted” to.  This made me think that some of the things I like the most, it might astonish some people, which made me think….I may need to confess before I can start 2015 with a clean page.  The Urban dictionary defines it as this:

confession
Spilling your guts in the hope of divine forgiveness, possibly about spilling someone else’s guts.

I “Googled” confessions and here are a few examples of what I found:

Yes, most of them are. 2. “I called into work sick this morning, now I really feel horrible.”

Everyone has done this.  When I worked at the ER, I called in sick all the time. I can also

relate this to High School.  I was gone, more than I was at school. I get it!  If I didn’t have two of the most amazing sisters on the planet, I too would want a sister. 4.  “I only shave my legs, because I like the feel of fleece against them.”

Wow!  This one is a tad strange, but I can agree fleece feels pretty amazing against shaved legs.  That’s not

the only reason why I shave my legs.  So, I was kind enough to take a before and after picture.  You’re welcome!

Guess what?  I’ve never been dead before, but I did have ONE child 100% natural, and if I had to do it

again, I would rather die.  However, I would pay big money to see my husband strapped to

the “contraction simulator.”  I would die…..from laughing. 🙂 HAHA.  I’m sorry, but everyone (men included) have a little crazy in them. Straight up addicted.  The thought of not having these make me sad.

pepsi in one day, I can justify it by the tiny size of the can.

2.  I want to adopt a boy from a foreign country.

This will never happen, so it will be always be something I “wanted” to do, that I never did. Sad. Panda.

3.  When Jocelyn makes Alli cry by picking her nose, I want to take the baby.

I took the baby!

4.  In my next life, I want to come back as someone who likes to cook.

Not so much for me, but for my children and grandchildren.

10 Games You Can Play With Your Pet Rock

That’s My Story, And I’m Sticking To It…

Nothing On But The Radio